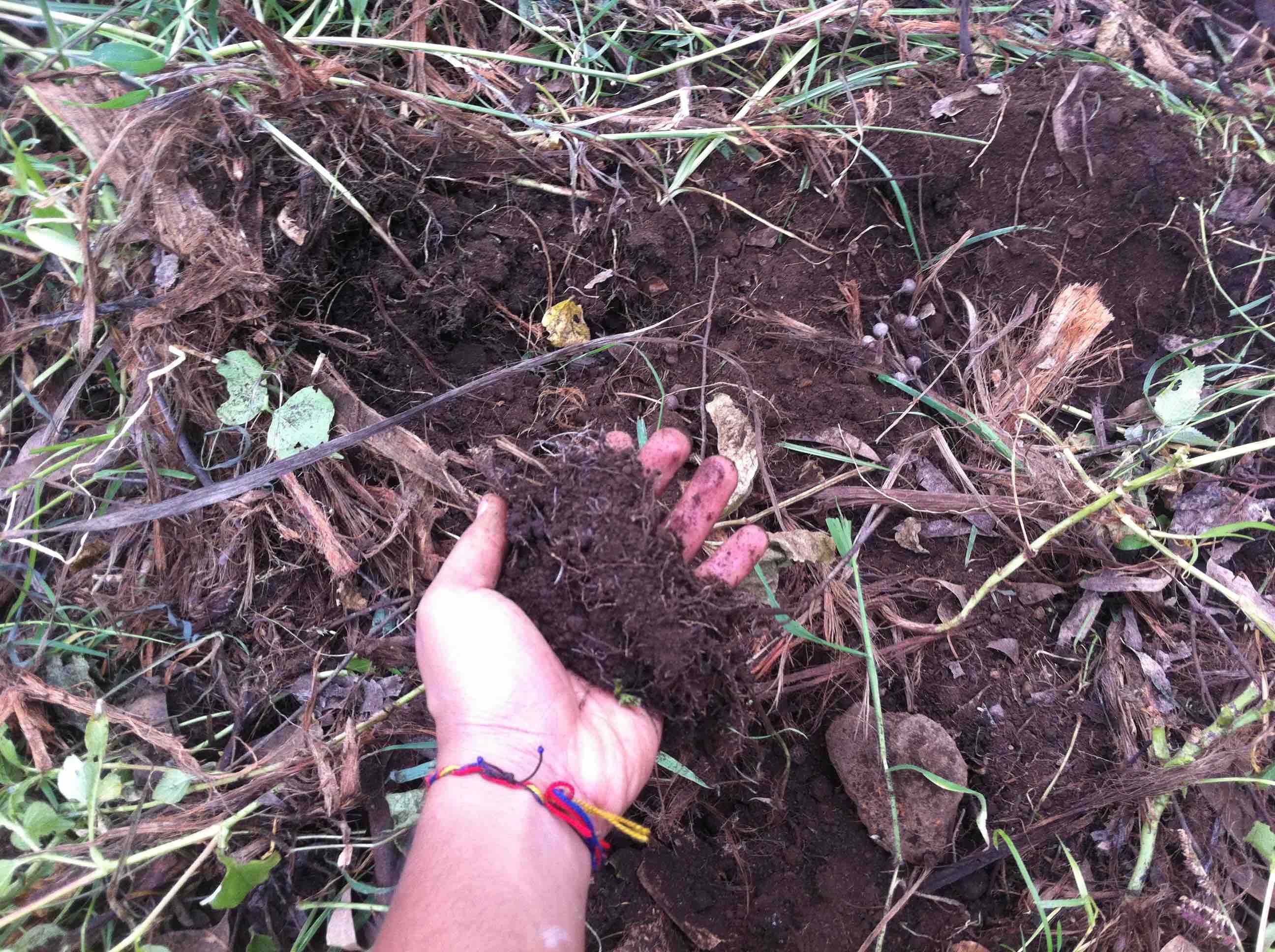 The health of the soil is dependent on many elements that make up soil. A healthy soil will be of a good structure to hold air and water, rich in nutrients and thriving with life. In a handful of healthy garden soil, there are more than a billion bacteria of several hundred kinds, about ten thousand protozoa, fungi, and several nematodes and microarthropods. These, together form the soil food web. These are the decomposers and nature’s solution to recycling the biological energy on earth.

Scientifically, the study of soil life is still new and the majority of these organisms have yet to be identified and named. What is known so far is the relationships the soil microorganisms share with the plants and some of the ways in which they interact with their environment.

Plants and soil life have a very strong symbiotic relationship. They depend on each other for their survival. Up to 30% of the food that plants produce during photosynthesis is exuded out of their roots into the soil to feed the soil life, which in turn decompose organic matter and release plant-available nutrients. Plants depend on this plant-microbial bridge for up to 85-90% of the nutrients and trace elements they require for healthy growth. The microorganisms also extend the effective root system of the plants accessing water and nutrients from a wider network below the soil.

There are also studies that confirm that the soil food web helps decompose toxins in the soil.

When bacteria grow, they produce glues in which they bind soil and mineral particles, organic matter etc., forming micro-aggregates. Fungi, with their long strands and webs, bind these micro-aggregates together to form macroaggregates.

Thus, bacteria become the bricks and fungi become the mortar of a good soil structure.

A diverse set of aerobic microbes in the soil will outcompete disease-causing bacteria and fungi.

To maintain a healthy soil food web, it needs to be kept fed. This can be done by:

Some soil scientists believe that it takes over a thousand years for 1 inch of topsoil soil to form. While this may be true in natural systems, where soil formation and erosion balance each other, the process of topsoil formation can be accelerated dramatically by adding organic matter and diversity of microorganisms.
A healthy soil food web sequesters atmospheric carbon (gas) and sugars exuded by the roots (liquid) and preserve it in the soil as humus (solid).

Humus is a highly complex form of carbon linked to other elements and nutrients. It is a result of repeated decomposition of organic matter, where, while some carbon is reduced into simpler forms (catabolic process), some of it keeps on building into more and more complex forms (anabolic process). Humus, due to its low specific weight and high surface area, builds good soil structure and increases its capacity to hold air, water, and nutrients.

The scientific understanding of how the soil food web works and how we can work with it to create healthy ecosystems comes from decades of research and experimentation of Dr. Elaine Ingham, an American soil microbiologist.
http://www.soilfoodweb.com/
https://environmentcelebration.com/

Any farm or forest begins by work on its soil. To be able to apply methods and techniques to develop soil, it is crucial to first understand the nature of the soil and its qualities. The better the farmer is able to assess the soil, the more effective are the techniques used to make it better.

Since thousands of years, farmers have assessed and understood their soil as an extension of their own bodies and lives and have intuitively made adjustments to their methods to preserve its health. Since the green revolution, soil health has been reduced to numbers and the qualities of the soil to a list of nutrients and chemical properties which can only be tested in a laboratory. This has further disempowered the farmer from having a direct connection with the living aspect of the soil.

METHODS FOR HOLISTIC ASSESSMENT OF SOIL

Working with soil requires a lot of observation and using direct perception using all our senses to continuously assess the nature and health of the soil.
We should train ourselves to,
see the structure of the soil and its colour, the life that exists in it and its diversity,
feel the moisture in the soil, its composition of mineral particles (sand, silt, clay) and the organic material,
smell the aerobic activity of the soil,
taste the richness of the soil in the food grown in it,
hear the diversity of birds and insects that can only exist in a balanced ecosystem.
Developing our senses to assess the soil this way will help to build a living connection with the soil which is fundamental for a sustainable farm and a sustainable farmer.

Jar test
The physical nature of the soil 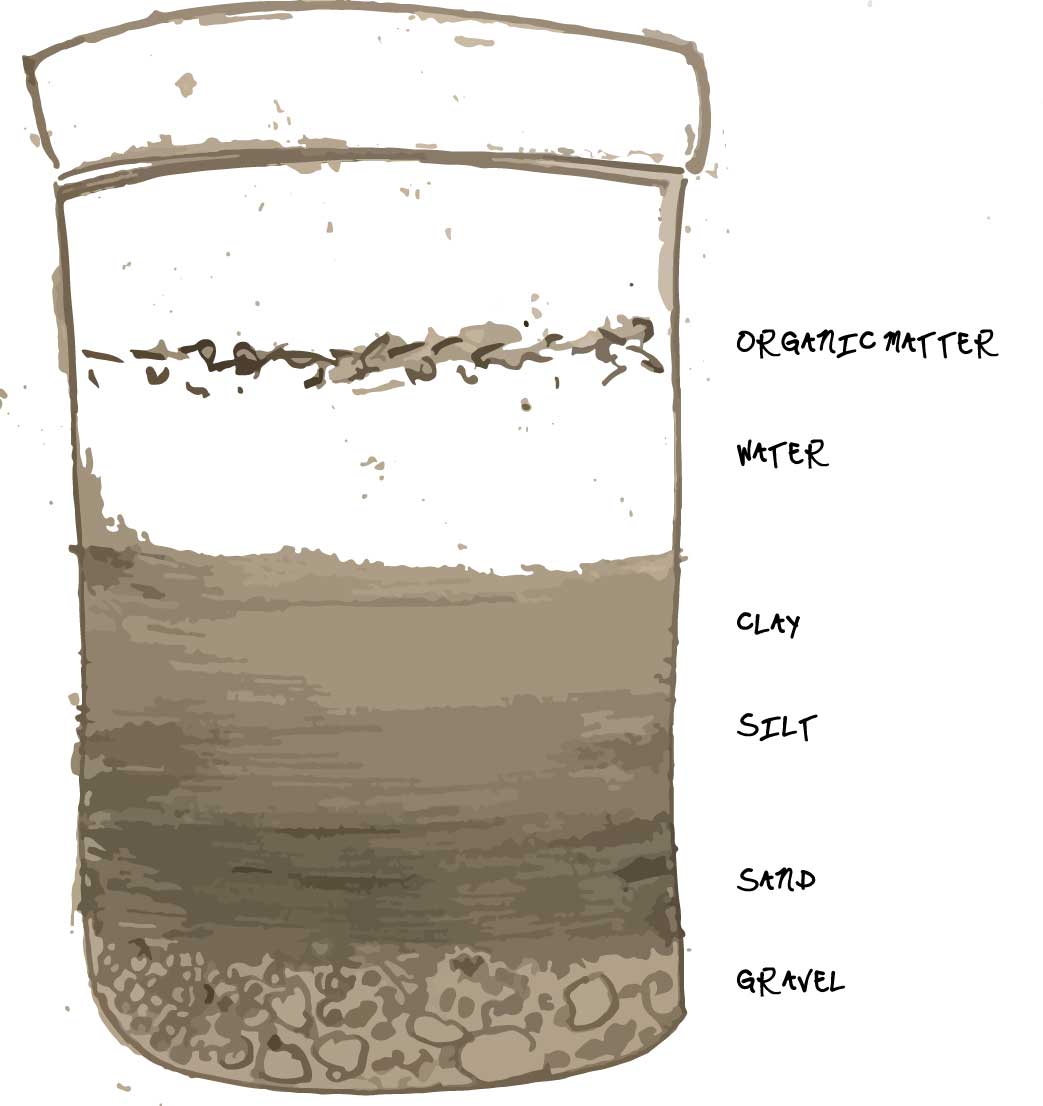 Using a simple jar, it is easy to determine the structure and the physical components of the soil.
Take a soil sample by digging at least 3-4 inches from the surface (all layers from surface to 3-4 inches deep included). Fill half the jar with this sample. Fill half of the space left in the jar with water. Close the lid and shake vigorously to ensure that all the soil particles are suspended in the water. Keep the jar overnight on a perfectly flat and leveled surface. If distinct layers are not visible, try again after adding half a tablespoon of any soap powder. Soap decreases the surface tension of water and thus allows better wetting and mixing of the soil particles.

Microscopy
The biological nature of the soil

At a scale, unseeable to the human eye, exists a world of tiny beings working constantly and tirelessly to create and maintain the soil ecosystem. They form the soil food web and decide the nature of the soil.
Their world is fascinating and tells a lot about the health of the soil, its strengths, and weaknesses.
Soil microscopy helps to determine the level of the succession of the soil and can be used as an excellent tool to educate farmers and forest workers about soil biology. Peering through that lens makes us aware of our limitations of perception and teaches us about the fantastical interconnectedness of beings in our ecosystem.

Laboratory tests
The chemical nature of the soil

Soil testing laboratory will assess the soil for its chemical composition. Although informative, it alone cannot form the basis for planning soil amendments.

Chromatography
The etheric nature of the soil

Ehrenfried Pfieffer, a german soil scientist and a researcher of the Anthroposophical thought and Biodynamic agriculture was the pioneer in applying the chromatography technique for soil assessment. He developed this technique in the early 1900s.
Besides distinct indentification characteristics, the chromatogram gives a snapshot of the nature of the soil. The more harmonious the chromatogram, the healthier the soil. 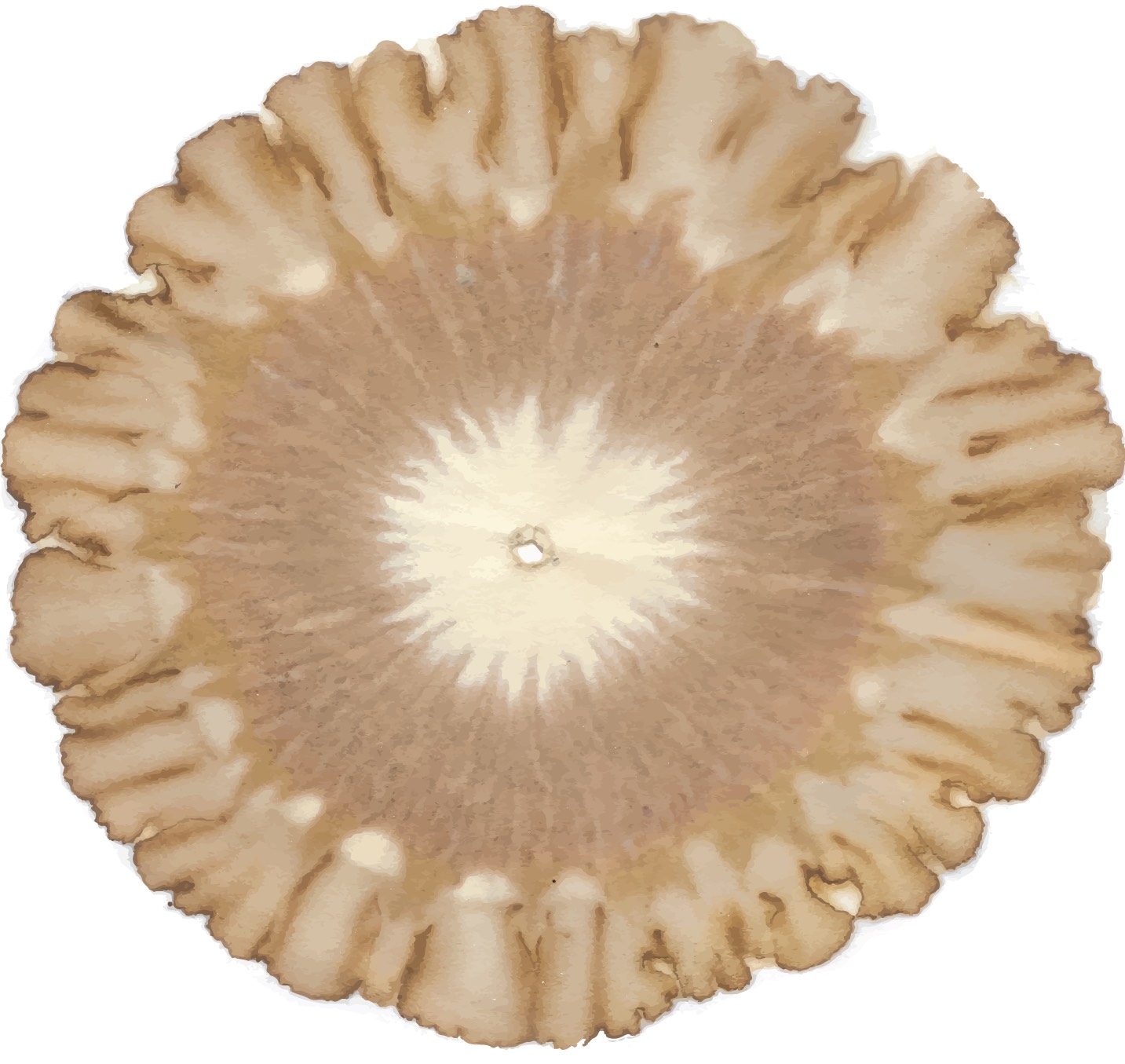 A chromatogram of soil from Shunya farm, Bir made in Spring 2019

Radials
The lines from the center to the external zone

Terminal nodes/Teeth
The ends of the external zone