The soil on the farm was clayey with a limited amount of organic matter. The farm would create a lot of biomass from hundreds of trees, shrubs, and grasses every year. A lot of the biomass was used to feed the cows. The remaining biomass was added to the soil directly under the trees or used in the vegetable gardens after composting. Since we had a lot of cow dung from the five cows, we used the cowdung in different ways:

We continued doing this for the time we were there. The farm produced lot of carbon-rich biomass from trees, shrubs, and grasses every year. A big part of this was used as fodder for the cows. The rest was inoculated with liquid manures and used as mulch for the fruit trees. The cow dung from the five cows was either added to the soil or composted with diverse biomass rich in carbon to be used for the vegetable gardens.
Within a few months, we could see the organic matter in the soil increasing and we could see a diversity of insects and ants and an increase in the number of worms. 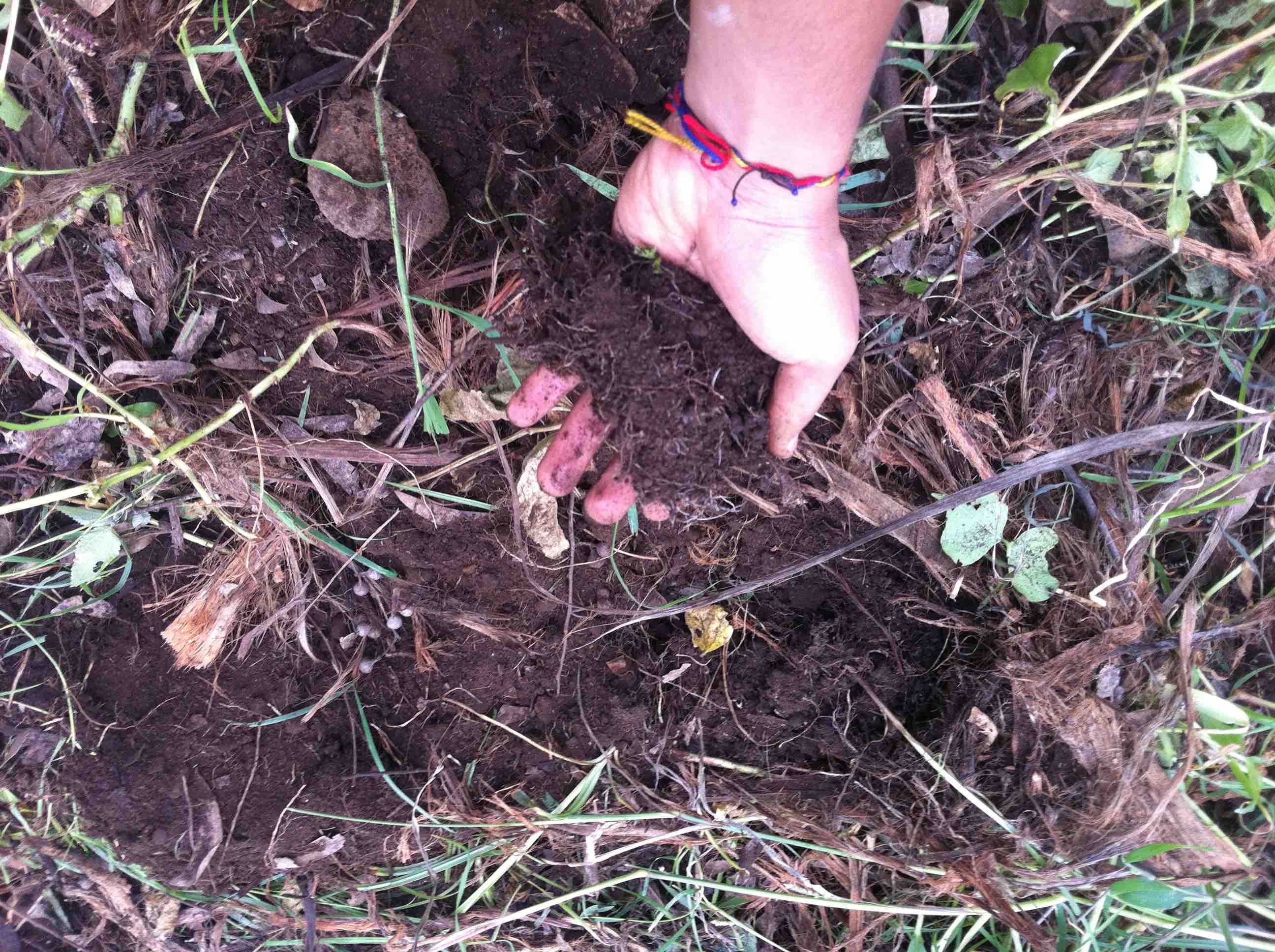 IMO
Based on Rico Zook’s recipe, we were able to harvest the local microbiology from different soils on the land. We were growing these different bacteria and fungi on natural sugars like jaggery and fruit pulp to inoculate the fallow terraces. Cows were left to graze on these terraces.

(With our experience and understanding in Bir, we know that only inoculation cannot help restore soil biology. There needs to be food for these microbes to grow and multiply- from a diversity of plants and mulch. This is also a brilliant way of assessing soil biology. You can clearly identify different colors, patterns and the difference in bacteria and fungi- the diversity of the soil life and its fungal-bacterial relationship. This can help in designing appropriately for farms and forests.) 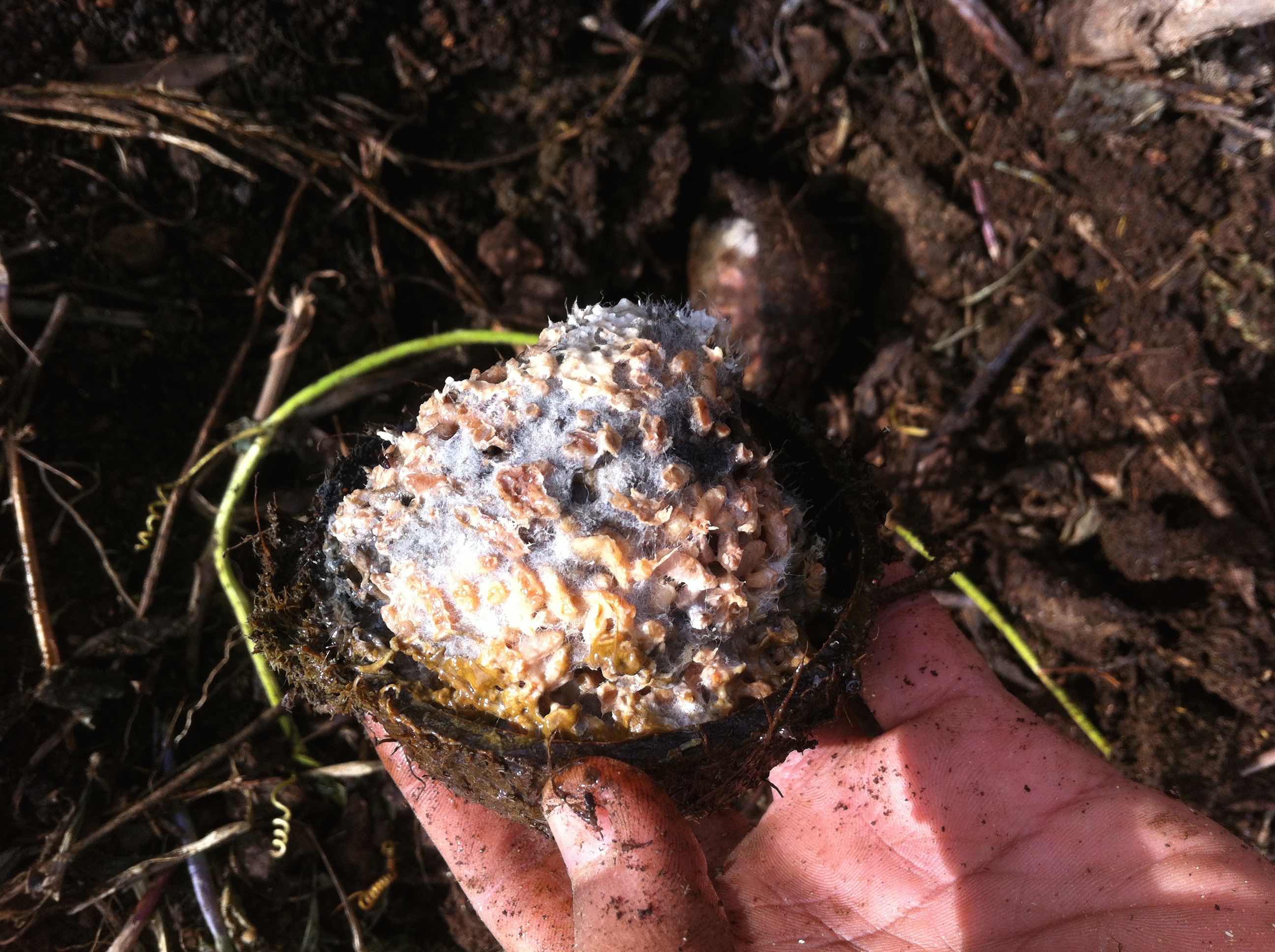 The first plantings were on the raised beds with seeds like mustard, coriander, beans, and radish. These crops were cut while they were growing and the biomass was added as mulch. They were left to decay in the soil while the new crop was planted.
The parts where we did not make raised beds, we grew root crops to break the soil and legumes to condition it. 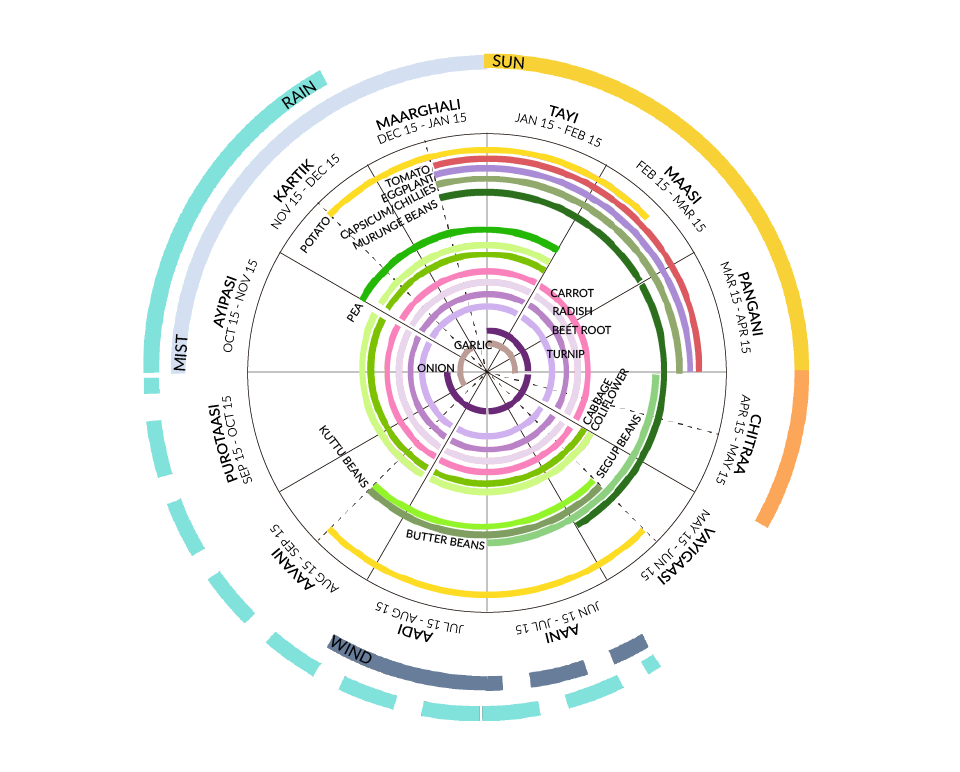 Sun farm is endowed with several natural springs and its landform gives rise to beautiful natural ponds and waterfalls. As part of the design, several ponds were to be dug at key points to store water and recharge underground aquifers. These ponds were lined with clay found naturally at the base of the ponds.

This pond is fed by run-off and underground water channels. Steps and walkway inside the pond help to access water when it is low. The insides are lined with clay.

The kitchen grey water was collected in a mulch pit.
Read more about greywater.